More than 20 per cent of State Library Station has been dug out so far, to form station caverns and underground passenger connections under Swanston Street.

Over half a million tonnes of material will be excavated, with 1,500 tonnes of rock and soil removed every 24 hours. Excavation is expected to be finished by late-2020.

Seven roadheaders will be used in the CBD in total – four for State Library Station and three for Town Hall Station. Each weighs 118-tonnes, is 15-metres long and is lowered underground in separate pieces, before being re-assembled underground. 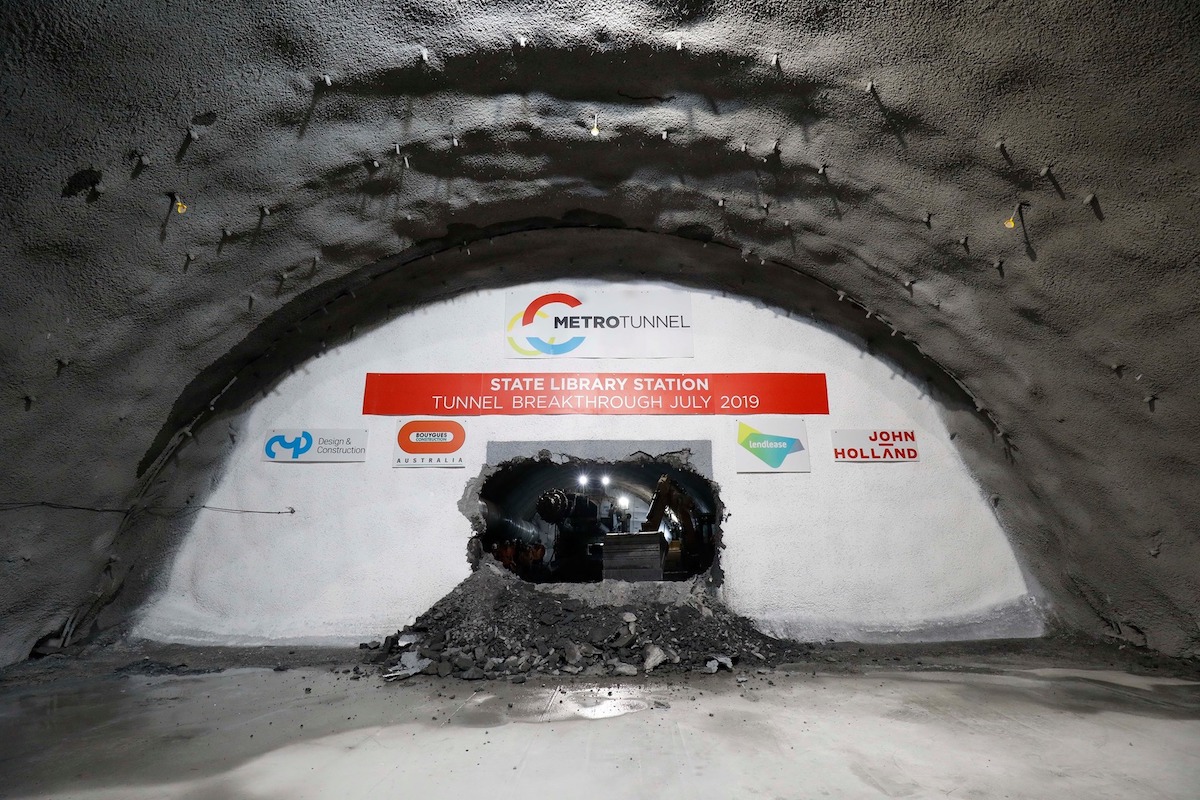