The Mernda Line will operate on a single track over the newly completed city-bound rail bridge between Thornbury and Regent stations for 3 months from Monday 30 May.

This is so we can keep trains running while we complete the Mernda-bound rail bridge.

During this time the Mernda and Hurstbridge lines will run on an altered timetable.

In September, both rail bridges will be complete and the new Bell and Preston stations open to passengers, while we put the finishing touches on the station buildings.

See our animation for more detail on single line running.

Changes to the way you travel

While the stations are closed, trains will not stop at Bell and Preston.

Shuttle buses will run between Thornbury and Reservoir stations to connect passengers to Mernda Line trains.

Allow extra time for your journey, or visit the PTV website.

All station facilities at Bell Station will be closed. 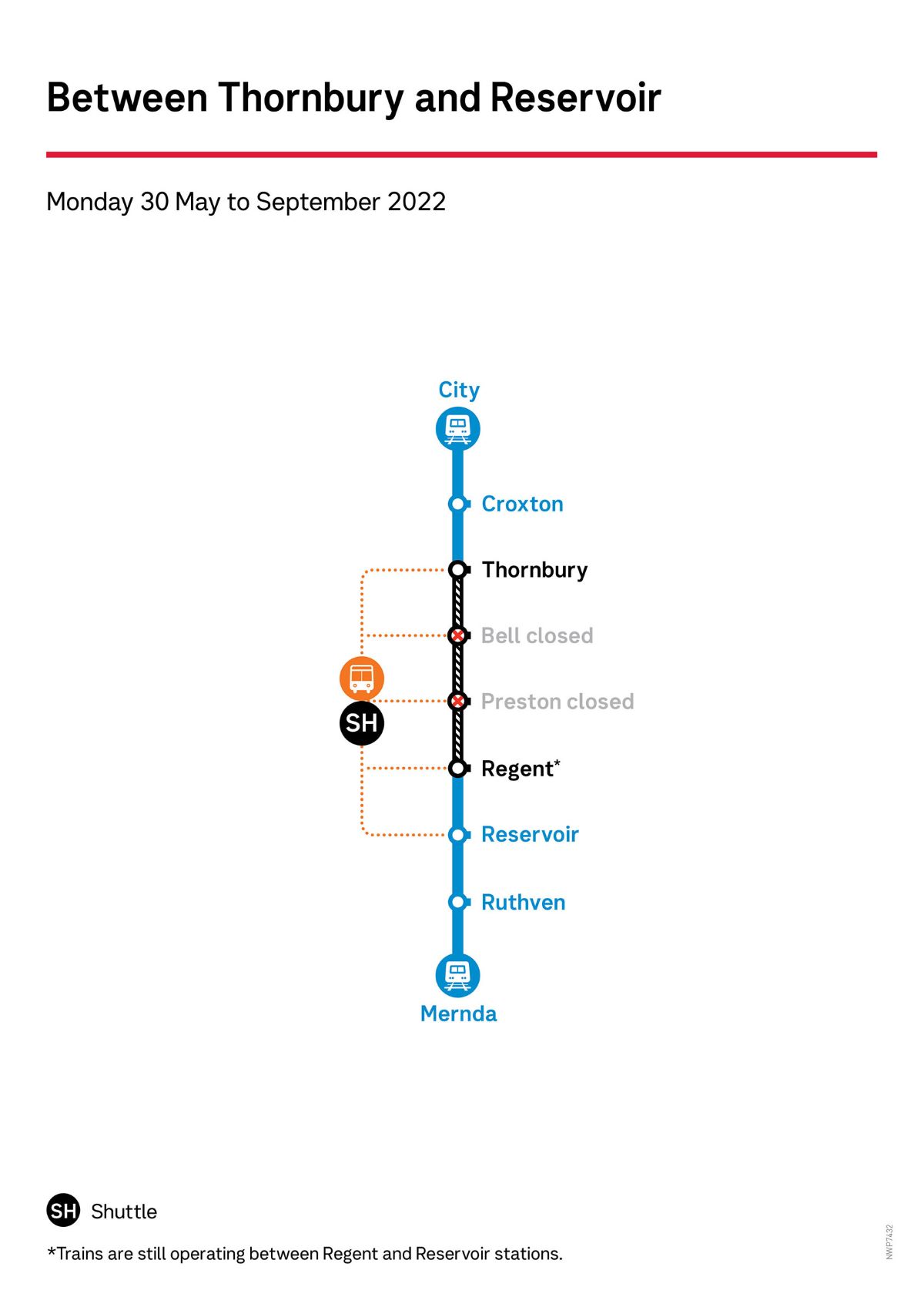