Bridges craned into Brunswick and Coburg

Level crossing removal on the Upfield Line has hit new heights with bridge beams lifted into place over Bell Street in Coburg and Moreland Road in Brunswick.

A rare closure of Bell Street at Coburg recently allowed crews to install massive bridge beams over the road - one of the busiest roads in Melbourne’s north.

The bridge beams are a crucial part of the new 2.5 kilometres of elevated rail that will remove four level crossings and see new stations at Coburg and Moreland.

The large concrete bridge beams are being installed over four roads in Melbourne’s north - Bell Street, Munro Street and Reynard Street in Coburg, and Moreland Road in Brunswick, as part of a major construction program that runs until November.

The giant concrete bridge segments are known as 'L beams', with all 268 beams coming from manufacturers around Victoria. Each beam weighs around 110 tonnes and measures up to 32 metres in length.

Trains will travel over viaducts made up of two of these L-beams, joined together to form a U-trough. In an industry first for a project of this scale, the team is using two custom-built 90-tonne gantry cranes from the United States to help build the new rail line.

Alongside crawler cranes on site, these two cranes have helped lift more than 120 beams into place and, at peak construction, will be installing up to 14 massive bridge beams a day - getting the job done months faster than would otherwise be possible.

From mid November, trains will return to the Upfield line with the removal of all four level crossings. Crews will then continue to work on the new Coburg and Moreland stations which will open in December. 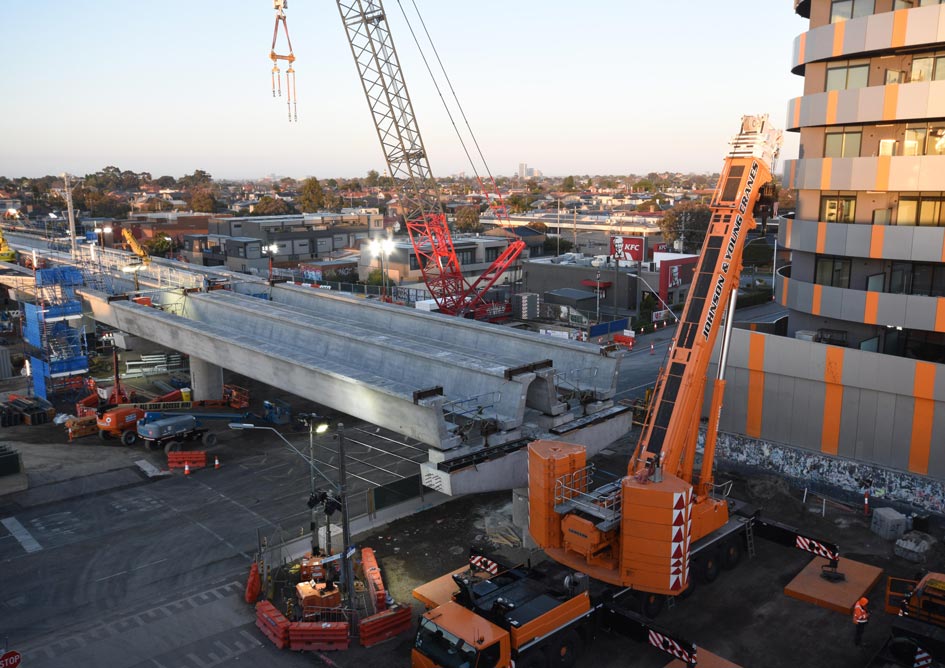 2020 in review: The unprecedented year that was big in many ways

Was this page useful?

Thankyou for your feedback.