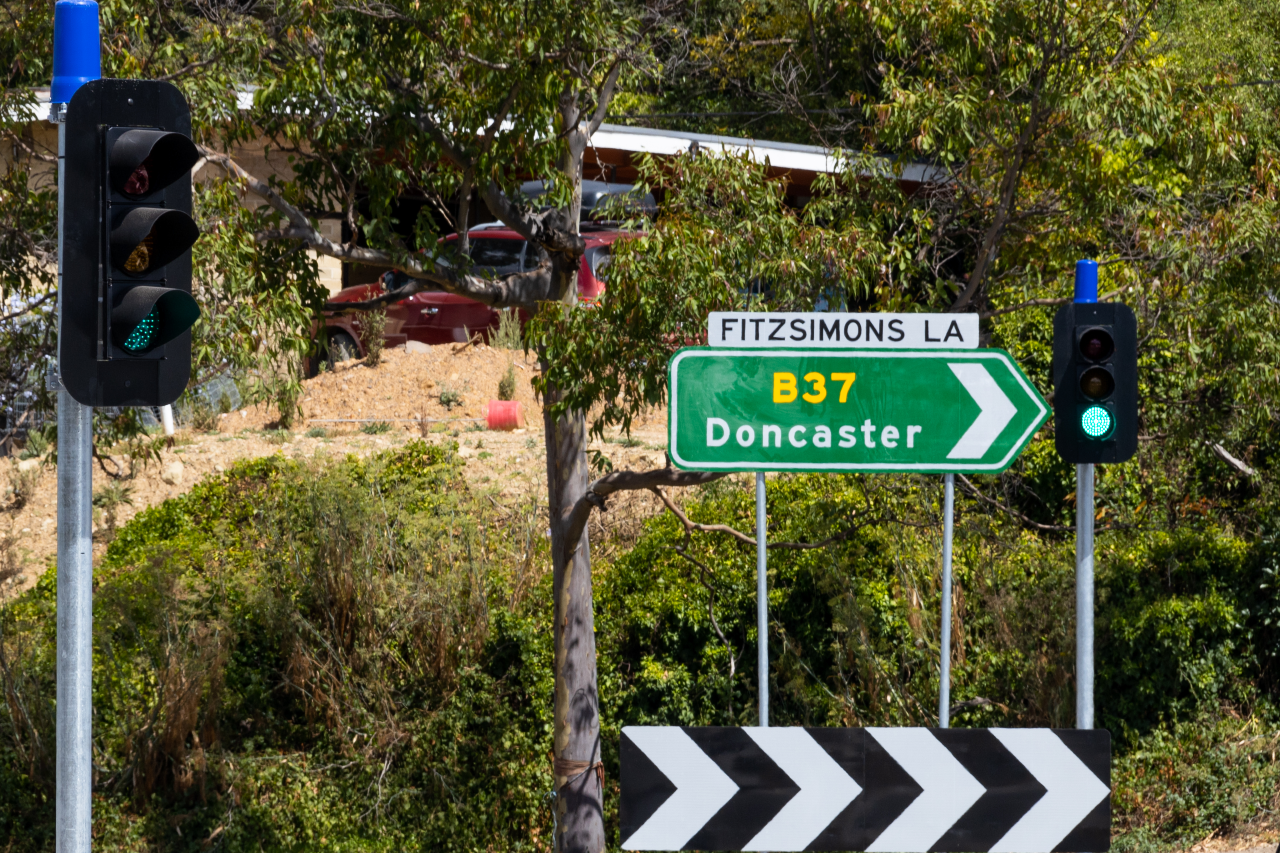 Eltham’s most congested roundabout has been upgraded with new traffic lights at the intersection of Fitzsimons Lane and Main Road.

The switch on of the Main Road signals marks a significant step forward for the Fitzsimons Lane Upgrade and has been delivered 5 days early.

Crews worked around the clock from 4 January to 8 February 2022 to complete 6 months’ of work over 5 weeks to remove the roundabout, install new traffic lights and street lighting, build new drainage and kerbs and complete new footpaths and driveways – making use of the quieter holiday period with fewer cars on roads, minimising disruptions for those travelling through the area.

The Main Road/Fitzsimons Lane intersection was the most congested intersection in Eltham. Prior to its removal, the roundabout was a major bottleneck with traffic queuing up to 1.5km long in morning peaks, causing significant delays and frustration with 60,000 vehicles travelling through every day.

Upgrading the intersection not only means drivers are enjoying safer and less congested trips in and out of Melbourne’s north-east, but it improves cycling and pedestrian paths.

Completion works will continue through to April. Wall panels will be installed on the retaining wall during this time, along with the building of new concrete medians and some finishing works to complete the area – works will avoid the busiest movements during peak hours. Some traffic management will be in place to keep workers and road users safe.

We are replanting thousands of local indigenous trees and vegetation across the project area, on top of our Rotary Club of Eltham partnership that saw approximately 6,750 trees planted on public and private land across the municipality. 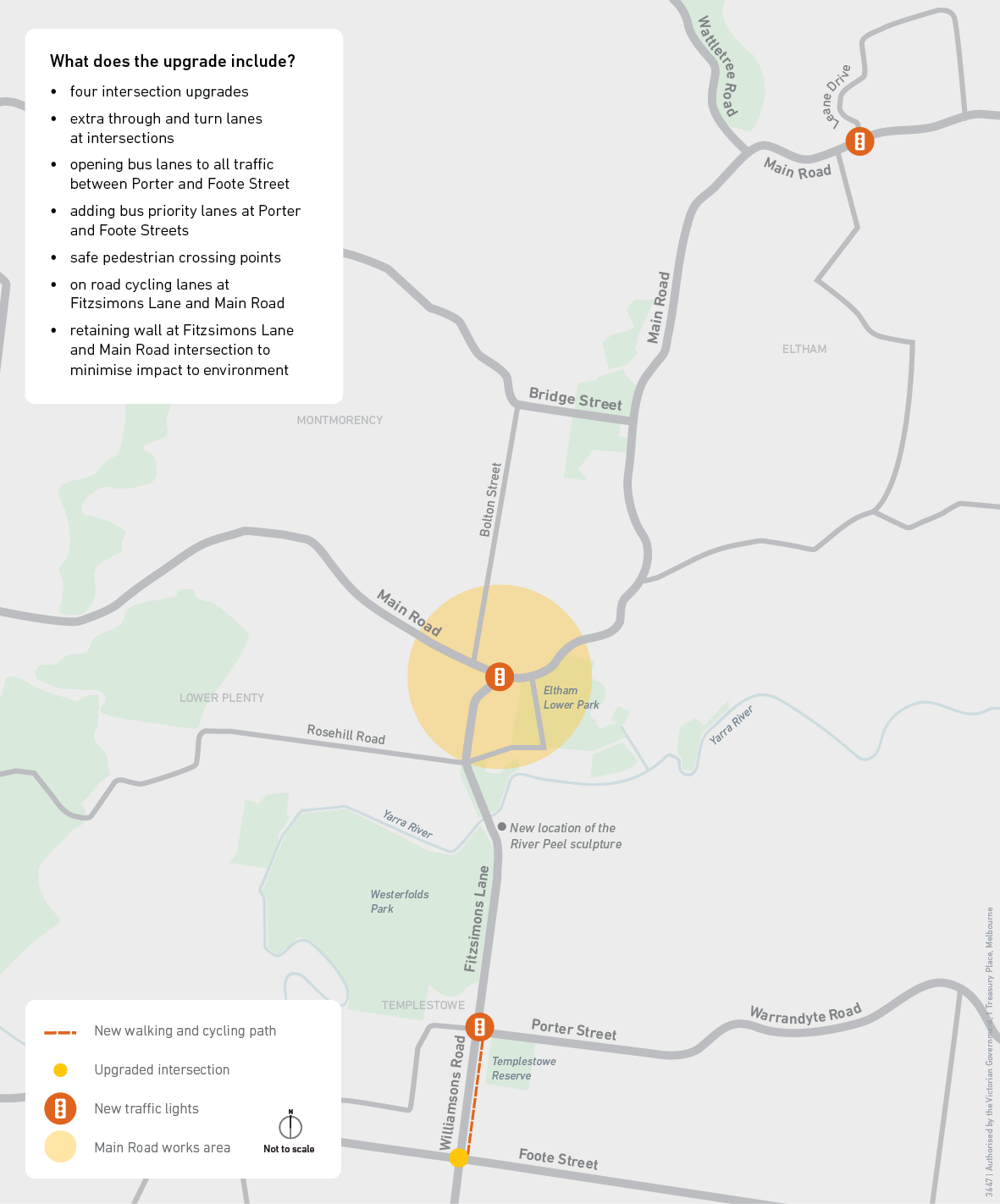