The North East Line Upgrade is enabling improved train services for passengers and has allowed VLocity trains to run to Albury/Wodonga for the first time.

ARTC delivered additional works on top of the original project scope, including upgrades to 20 more rail bridges and renewing track turnouts at Violet Town and Seymour.

Rail Projects Victoria has also been upgrading infrastructure to allow VLocity trains to run on the line, including:

The project is also building a new accessible ramp at Albury Station, to improve access to the station for people of all abilities.

In addition, the Victorian Government has ordered more new, modern VLocity trains for the standard gauge line following the completion of the North East Line Upgrade and a comprehensive testing process, to ensure they are safe and reliable for passengers.

The project has enabled VLocity trains to run to Albury/Wodonga for the first time, allowing a more reliable and comfortable service for passengers.

Ride comfort for passenger train services has been improved by reducing bumps experienced during travel.

The track upgrade has made services more reliable and addressed the main causes of delays.

The project has upgraded the North East Line to a Victorian Class 2 performance standard, bringing it into line with other parts of Victoria’s regional rail network.

The design of new VLocity trains for the North East Line has now been finalised.

The long-haul design, which has incorporated feedback from local passenger representatives, provides a range of improvements including comfortable seats, and extra luggage and bike storage.

The Department of Transport (DoT) is delivering the new trains on behalf of the Victorian Government, and Alstom is manufacturing the trains at its facility in Dandenong.

To view a virtual tour and find out more about the new trains visit the DoT website.

Work has commenced on modifications to 6 public level crossings on the line – 2 have been closed, boosting safety for passengers and motorists, while others will be either closed or upgraded to feature boom gates, lights and bells.

Work is underway on the modifications to the stabling at the South Dynon railway precinct in Melbourne, and the stabling facility upgrade at Albury Station.

Construction is also underway on the accessible ramp at Albury Station to improve access to the station for people of all abilities.

The project has been split into 2 main works packages to expedite its delivery.

The scope, methodology and delivery plan was independently reviewed by the Institute of Railway Technology at Monash University.

Rail Projects Victoria (RPV) is coordinating the package of supporting infrastructure upgrades to enable VLocity trains to run on the North East Line.

RPV is overseeing the project on behalf of the Victorian Government to ensure maximum benefits are delivered for North East Line passengers. 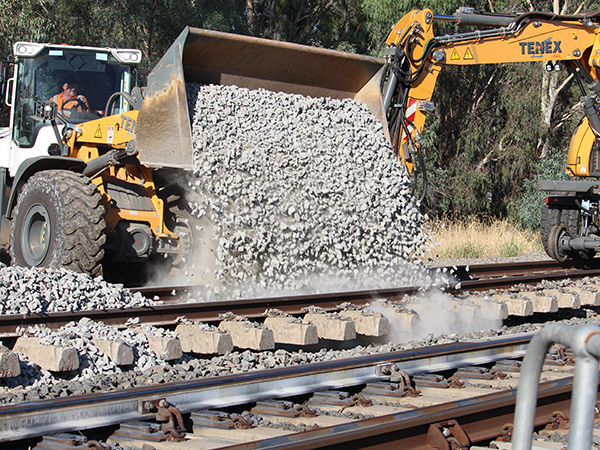 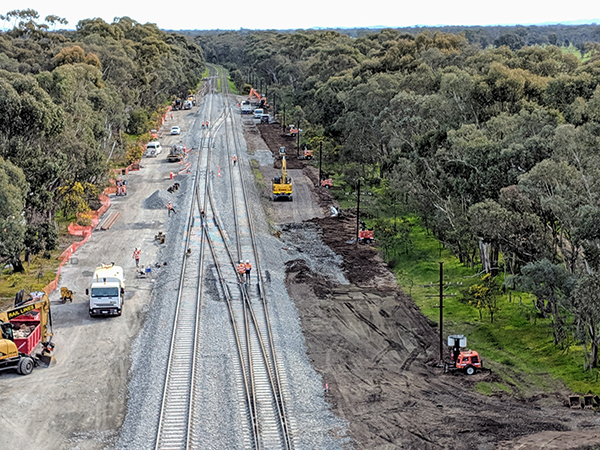