The Victorian Government has committed to removing 75 dangerous and congested level crossings by 2025. With 47 already gone the project is ahead of schedule so another 10 have been added to make it 85 level crossings gone by 2025.

We’re making the Lilydale and Cranbourne/Pakenham lines level crossing-free by 2025.

Creating level crossing-free train lines will change how we live, work and travel. With no level crossings, train journeys will be faster and local roads safer.

We’ll remove these next 10 level crossings while construction crews are already out on the ground nearby getting rid of other dangerous and congested level crossings. This will reduce disruptions, maximise delivery efficiencies, create more jobs and mean more level crossings can go sooner.

A huge benefit is that they can be added to existing projects and contracts which means they can be gone by 2025.

Importantly, the benefits for jobs and small businesses can be realised as soon as possible – when we need them and as the economy recovers. 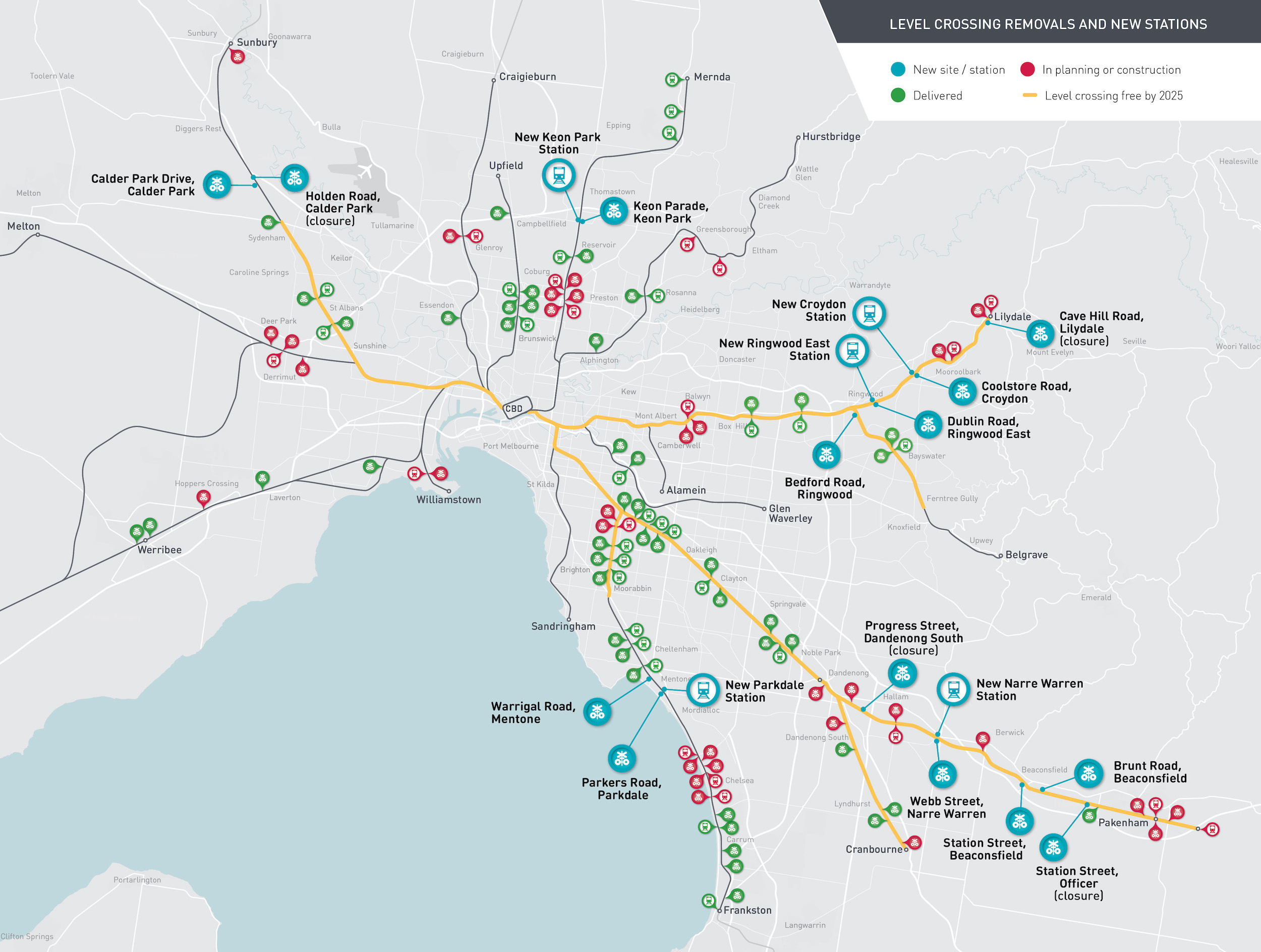 Design and next steps

Initial technical assessments indicate the following design solutions will deliver the best outcome for the community.

We'll build a new rail trench under the road* at Bedford Road in Ringwood and Dublin Road, Ringwood in East.

We'll build a new rail bridge over the road* at Keon Parade in Keon Park, Warrigal Road in Mentone, Parkers Road in Parkdale and Coolstore Road in Croydon.

We'll build a new road bridge over the road* at Brunt Road and Station Street in Beaconsfield and at Calder Park Drive in Calder Park.

We'll build a hybrid design* at Webb Street in Narre Warren that will lower Webb Street and build a rail bridge over the road.

* Further engineering assessments and community engagement will be undertaken on these projects.

Early works on these level crossing removals will start in 2021 and will be delivered by 2025.